Kinetics – An Inspiring Film About Parkinson’s, Parkour And Friendship 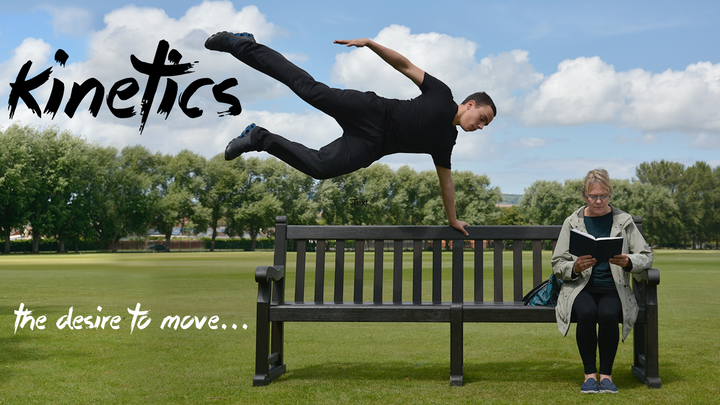 Kinetics – An Inspiring Film About Parkinson’s, Parkour And Friendship

Kinetics is an inspiring film exploring the unlikely friendship between a middle-aged woman with early-onset Parkinson’s and a bright, but bored student into Parkour (free-running).

Sue Wylie produced the film after her own Parkinson’s diagnosis, shortly after her 50th birthday. ‘As Rose tries to come to terms with her diagnosis, an unlikely friendship springs up when Lukas comes tumbling into her life. But will the bond between them be strong enough when things go wrong?’

Sue was teaching part-time when a student, Laszlo, was getting into trouble for free running on the school roof. From this Sue suggested they write a monologue in which Laszlo could express why he wanted to go running. This then became the inspiration for the film. As Sue said, ‘I realised it would be a far more interesting story to contrast his world of extreme movement with my ever decreasing one.’

The film has received an incredible response since it was released in the UK last year. BBC Radio 4’s Woman’s Hour said ‘This is a film that pulls no punches and tells it like it is.’ The Fine Times Recorder called it ‘ A first class film’ and The Dorset Echo described it as ‘an amazing story that needs to be told.’

Sue’s son, Ben Wylie, told us how Kinetics has provided catharsis for many people whose lives have been touched by Parkinson’s and the story has helped to create an environment where challenging topics can be discussed with friends and family. Ben also said that the team behind the film have helped to organise screenings at local cinemas and community centres for various UK Parkinson’s groups.

As Sue Wylie explains, ‘The aim of this film is to be supportive to all those living with a chronic condition and informative to the Parkinson’s community be they medic, carer or member of the general public. Most important is that you enjoy watching.’

You can watch the trailer for ‘Kinetics’ here  https://www.youtube.com/watch?v=R8tIp409QBM