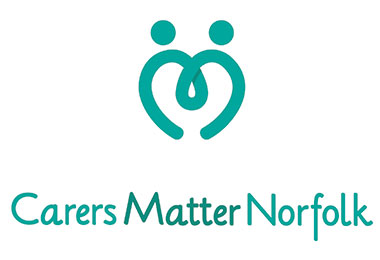 Crucial grants totalling more than £6,500 have been given out to carers group across Norfolk – and there is still money available to apply.

The Small Grants for Carers Group, run by Carers Matter Norfolk, is seen as a lifeline for grassroots groups which provide support and assistance throughout the county.

The grants panel, which has a total of £30,000 funding available throughout the year, is unique in that the application procedure – and the final decisions – are made by carers themselves.

Kevin Vaughan, manager of Carers Matter Norfolk, said: “The grants panel were delighted to award a total of £6,612.50 in grants to carers groups across our county.

“For these groups, this will be a valuable source of income. But it is incredibly well deserved as they do so much good, and provide so much support, in their local communities.

“There is still funding available for carers groups across Norfolk. Please get in touch and let Carers Matter Norfolk, and the Small Grants for Carers Group, help you.”

In total, 18 different carers groups in Norfolk were supported following the applications that were submitted in April and May.

The grants have been awarded to help fund the cost of meeting rooms, craft materials and group events, newsletters and guest speakers.

Kevin added: “Carers groups can come in many forms, from those that meet up for a coffee and a chat, to groups that host speakers and offer advice and activities.

“There are groups with therapeutic themes such as crafts or singing, and there are carers who get together to visit local places of interest or take part in sporting activities.

“The key purpose of any carers group is to offer support and respite to carers, with many carers describing the opportunity to attend a carers group as a lifeline.”

Small Grants for Carers Groups are administered by Carers Voice Norfolk & Waveney as part of Carers Matter Norfolk, a countywide service that offers free support to unpaid carers aged 16+-plus, caring for someone aged 18 years old or above.

Funded by Norfolk County Council and the NHS, Carers Matter Norfolk is led and shaped by carers, empowering and enabling them to improve their lives.

It is still possible for Carers Groups in Norfolk to apply for funding which will be awarded in the coming months.

For more information and details on how to apply for a grant, please contact 0800 083 1148 or visit https://www.carersmatternorfolk.org.uk.