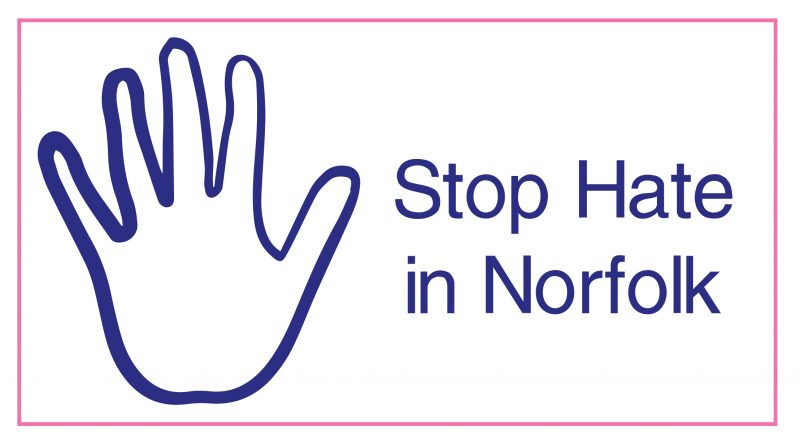 Stop Hate in Norfolk (SHiN) was launched this time last year and during the last twelve months both Norfolk Constabulary and Norfolk County Council have worked hard to embed the principles of the scheme. In doing so they have worked with various relevant organisations across Norfolk in order to increase confidence in reporting hate incidents. They have also increased the number of locations across the county where people can do this, thereby making reporting easier.

However there is still work to be done as statistics show that every year in Norfolk around 1100 hate incidents are reported with disability (including older people) being the 2nd highest recorded group below racist incidents. Unfortunately this is only a small proportion of the amount of incidents actually taking place. Figures show that 80% of hate incidents are still going unreported. SHiN is committed to ensuring that anyone who falls victim of hate crime feels able to report the incident.

One way that SHiN is looking to do this is to work with other services and family members themselves who may pick up on behaviour which could imply that someone has been a victim of hate crime.

This is where you come in. Everyone has a duty under the Equality Act and the Care Act to ensure that no incident goes unreported. To enable people to help, Stop Hate in Norfolk have launched a dedicated webpage and there will soon be a free hate incident e-learning package. This will be made available to both organisations and to members of the public. Face-to-face training is also available through Norfolk Constabulary and Norfolk County Council. So far this training has reached over 200 people. Posters and window stickers have also been developed so that people can identify organisations who are able to support with reporting hate incidents.

Stop Hate in Norfolk is keen to build on what has already been achieved in the first year of its campaign. SHiN wants to continue to raise awareness of hate incidents and the damaging impact they can have on both individuals and on communities. SHiN are keen to get more organisations involved with their work.