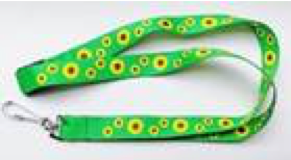 The Hidden Disabilities Sunflower Lanyard Scheme is an initiative designed to act as a discreet sign that somebody has a hidden disability. Hidden disabilities could be sensory loss inc difficulting seeing or hearing, a physical disability that may not be obvious, autism, learning disability, anxiety or other mental health problem.

The Hidden Disabilities Sunflower was first launched at Gatwick Airport in May 2016. It is starting to be recognised globally and has been adopted in the UK by all of the major airports, many supermarkets, railway stations, leisure facilities, in the NHS and an increasing number of small and large businesses and organisations. Basically, it is used anywhere where people meet. Tesco, Sainsburys and Argos are three supermarkets which are rolling out the scheme to their stores.